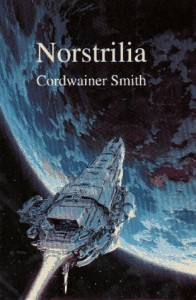 Tells the story of a boy from the planet Old North Australia (where rich, simple farmers grow the immortality drug Stroon), how he bought Old Earth, and how his visit to Earth changed both him and Earth itself.

A very eccentric novel, a bit frustrating at times, but quite entertaining.  It was frustrating in that there were so many potentially interesting issues that could have been pursued--and they were left unexplored.  For instance, telepathy is just a given in Norstrilian society and if you are judged to be disabled (i.e. not a telepath), you are executed at age 18.  The reason given for this is population control--but surely that is easier to do before the children are born, rather than executing 18 years olds?  Once they have passed this test, they have qualified to take the longevity drug, Stroon, and live a long life producing more of the drug for export.  Population control and extreme long life seem to be at odds with each other, and no discussion of this conflict happens.

Rod McBan has great difficulty passing this test--he is an irregular telepath, although he is a nice enough fellow and his friends and family are distressed that he is likely to be executed instead of becoming the head of the farm and family.  Except one man, a childhood frenemy, who really has a hate on for Rod.

After passing through the Garden of Death unscathed, Rod must deal with realities--he needs to get off Old North Australia in order to remain safe.  With the help of his antique computer, he uses his Stroon wealth to buy the planet Earth (aka Manhome) and sets off on a wild adventure.

The most interesting part of the book for me was the "Underpeople" class, developed from animals such as cats, dogs, cows, even rats.  They are treated as disposable, used to do the messy or boring work that "real" humans are reluctant to perform, despite their obvious human-ness.  Once again, the history & development of these persons is glossed over, but the exploration of discrimination is well developed and the critique of institutionalized discrimination is organic and not preachy.  (There were also a number of religious themes that might interest some).

Nowadays, this story would be done as a series, exploring all the history and fleshing out all of the characters.  This book rattles from beginning to end in less than 300 pages, just hitting the high spots.

Things I particularly liked:  attention to Australia, a country which rarely gets mentioned in science fiction; Rod's sensual appreciation of the environment of Old Earth.

Other observations:  this books follows in a tradition of the 1960s science fiction that deals with telepathy as a real thing; it joins books like Kurt Vonnegut's Welcome to the Monkey House in dealing with longevity and population control issues.

A fun, fast, and quirky read.